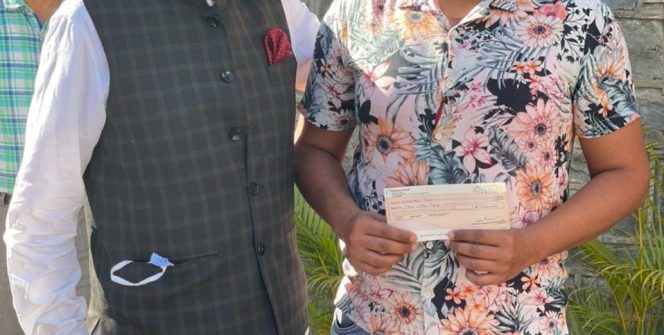 Chandigarh, July 31- Punjab Sports and Youth Services Minister Rana Gurmit Singh Sodhi, on Saturday, spoke with the Olympics finalist and National Record holder discus thrower Kamalpreet Kaur on phone. Kamalpreet Kaur finished second in the Olympics with a throw of 64 meters and qualified for the final of Tokyo Olympics.

Wishing Kamalpreet Kaur a good luck for the final, Rana Sodhi said, “Your final throw will be a world record.” He asked Kaur to stay calm and focused on her game.

Pertinent to mention here that in the month of March this year, Kamalpreet Kaur had thrown 65.06 meters discus during her first attempt on the last day of Federation Cup National Athletics at NIS Patiala and became the first Indian thrower to cross the 65-meter mark and ensured her berth in the Tokyo Olympics. With this, Kamalpreet broke the national record set by Commonwealth Games champion Krishna Punia in 2012 with a throw of 64.76 meters.