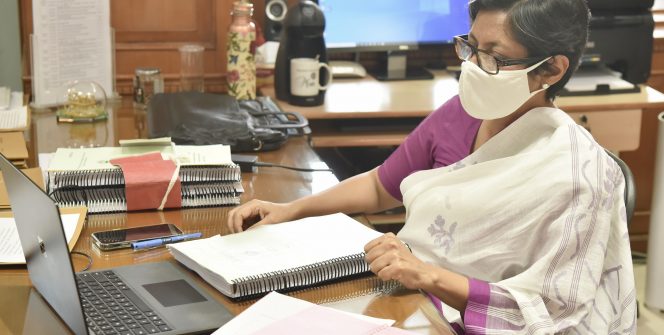 Chandigarh, June 22: Punjab Government on Tuesday approved proprietary rights to two more slums located at districts of Amritsar and Fatehgarh Sahib under the Chief Minister Captain Amarinder Singh’s flagship slum development programme- ‘Basera’. The decision was taken at the 4th meeting of the steering committee under the Basera scheme, chaired by the Chief Secretary, Ms. Vini Mahajan, here. With this decision, as many as 7700 households located at 40 slum sites in different districts of the state have been given the proprietary rights so far, said Ms. Mahajan.

Reviewing the progress of the scheme, the Chief Secretary directed all the Deputy Commissioners to expedite the process of granting proprietary rights at the earliest to help the slum dwellers to realize their dream of having their own home, besides asking the Local Government department to complete the household surveys. Notably, Punjab has become the first state in the country to launch a scheme for granting proprietary rights to the slum dwellers occupying the state government’s land in the slums of urban areas.