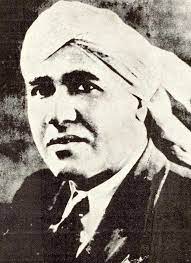 Chandigarh/ Sunam Udham Singh Wala, July 31- As a befitting tribute to the legendary martyr Sardar Udham Singh on his 82nd martyrdom day, school education and PWD minister Mr. Vijay Inder Singla said that the unprecedented sacrifice of Shaheed Udham Singh epitomises the spirit of communal harmony, universal brotherhood and national unity. Paying homage to the great revolutionary, the minister said that by changing his name to Ram Mohammad Singh Azad speaks volumes of his ideology to propagate secularism. He further said that the way Udham Singh Ji avenged the Jallianwala Bagh massacre after 21 years by killing the then lieutenant governor Michael O’Dywer would ever inspire our younger generations to inculcate a sense of nationalism and patriotism amongs them. 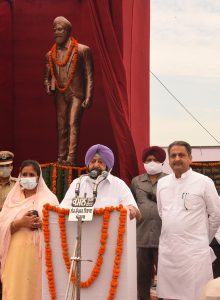 Remembering the immense contribution of Congress governments in the state and the centre as well, the minister said that most of the memorials eulogising the heroic deeds of martyrs came into being. Apart from these, the ashes of Shaheed Udham Singh were brought to India after 40 years with concerted efforts of the then prime minister late Smt. Indira Gandhi, Shankar Dayal Sharma and the then Punjab Chief Minister Giani Zail Singh. He lauded Chief Minister Captain Amarinder Singh for announcing another memorial exclusively dedicated to the unsung heroes hailing from Punjab who laid down their lives in the Indian freedom struggle.