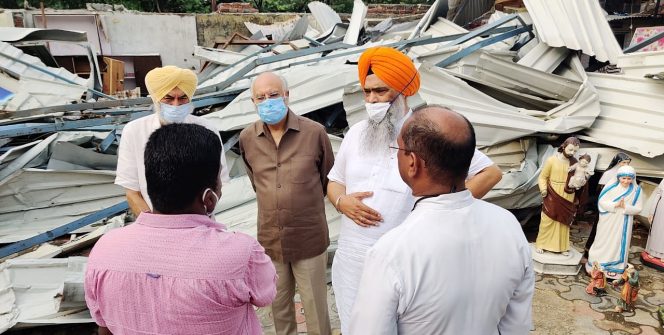 MPs visit church sites, express solidarity with the Christian community, demand the church be rebuilt at the same site

Chandigarh, July 21 – The Shiromani Akali Dal (SAD) today asked Delhi chief minister Arvind Kejriwal to apologize to the Christian community for demolishing their church in South Delhi even as it demanded the church be rebuilt at the same site immediately. A high-level delegation of SAD MPs – Balwinder Singh Bhundur, Prof Prem Singh Chandumajra, and Naresh Gujral visited the church site today and expressed shock at the manner in which the holy site had been desecrated by the Aam Aadmi Party (AAP) government by the destruction of statues including that of Jesus Christ.

The delegation, which met Little Flower church priest, Father Jose, also conveyed the sentiments of SAD President Sukhbir Singh Badal to him and assured him that the party would raise the issue in parliament also. Father Jose on his part briefed the delegation that the Delhi government pasted a notice on the church premises on July 9, a Friday, and went on to demolish it two days later on Monday that is July 12. “We were deliberately not given any time to apply for relief in court”, Fater 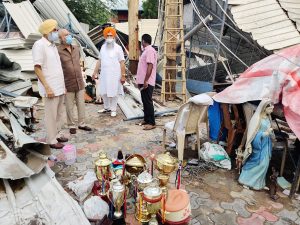 Jose said adding the notice pasted on the premises was pertaining to a temple and not the Little Flower church.

Prof Chandumajra said it was condemnable that the record of the church was not examined. He said it was a fact that the church authorities had purchased land from the gram sabha for building a church. “Such a structure cannot be destroyed arbitrarily”, he said while calling it an attack on religious freedom as enshrined in the constitution. Balwinder Bhundur said the demolition of a church was also an attack on the secular credentials of the country. “Secularism is in danger and we must all unite to protect it”. He said the SAD will join the Christian community in agitating for rebuilding the church at the same spot. “We will not settle for anything less”, he said while assuring 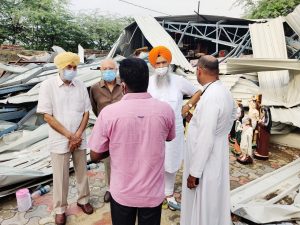 complete support to the Christian community.

The leaders said the demolition of the church had also exposed Kejriwal’s duplicity. They said Kejriwal had been practicing this policy in Punjab also. “AAP professes to work for the welfare of Punjab but has always pursued an anti-Punjabi agenda be it demanding a share in the State’s river waters for Delhi and Haryana, petitioning in the court to register criminal cases against farmers of Punjab for burning stubble and even trying to force closure of the thermal plants in Punjab. Now we have witnessed AAP following the policy of majorities in Delhi by ordering the demolition of the Little Flower church. This is proof that AAP also believes in subjugating minority communities in a systematic manner.