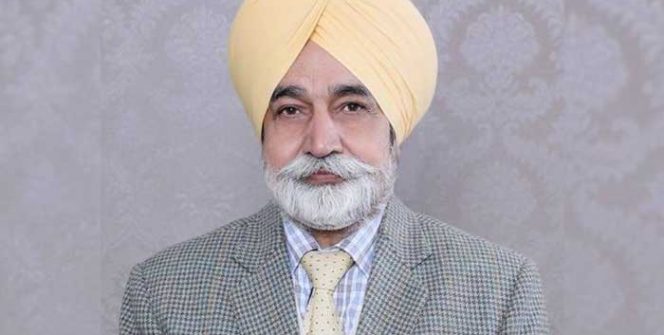 Chandigarh, July 31 – The Shiromani Akali Dal (SAD) today asked the chief minister, Capt Amarinder Singh, to review the crisis which had erupted in Moonak with the flooding of thousands of acres of land besides conducting flood relief measures immediately. In a statement here, SAD Kisan Wing President Sikander Singh Maluka said the government had not deputed any relief teams to affected villages and asked the chief minister to take control of the situation or it would worsen further. Besides providing food packets and dry rations to the affected people, Mr. Maluka said fodder should also be arranged for the milch cattle. “Medical teams should also be deputed in the affected areas immediately to cater to any emergency”. He said ‘girdwari’ should also be done once the floodwaters recede and that farmers whose paddy crop had been destroyed should be given a compensation of Rs 30,000 per acre.

The SAD leader said the current floods were the direct result of mismanagement by the Congress government. “There are already reports from the field that the local administration has failed in conducting much-needed flood protection works. Besides this, the government has not ensured the maintenance and upkeep of pipes that have been installed in agricultural fields to drain the water back into the Ghaggar River. It is because of this mismanagement that farmers from several villages even blocked the national highway yesterday”, he added.

Stating that the Congress government had failed to take up long-term flood protection works, Mr. Maluka said work on the channelization of the Ghaggar River was hanging fire for years. He said similarly no effort had been taken to strengthen the embankments of the Ghaggar despite this being an absolute necessity. “Points which are prone to flooding have not been attended to before the current monsoon season which has worsened the situation”, he added.