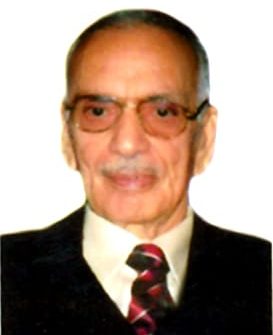 Chandigarh, June 22 – Convenor of the Punjab Information & Public Relations Technical Association Narinder Sharma condoled the sad demise of ex-Director Cameraman SB Durga (91), who passed away late last night here at his residence after a prolonged illness. He is survived by his wife, a son, and a daughter.

Notably, SB Durga was the pioneer to start the Films Division wing in the Information & Public Relations department in 1976 and he directed several documentaries amongst which a renowned film on Sri Hemkunt Sahib got an award at a national level.

Meanwhile, the Technical Association observed a two-minute silence in his memory as a mark of respect. Recalling the remarkable services of Durga during his long career spanning over three decades in disseminating the policies and programs of the state government through the medium of films, the Association said he would be ever remembered by his colleagues for his humility, dedication, and professional commitment.

Sharing heartfelt sympathies with the members of the bereaved family, relatives, and friends, the Association prayed to the Almighty to grant courage to them and eternal peace to the departed soul.