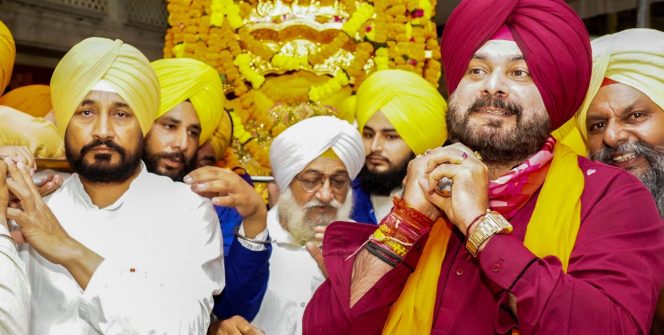 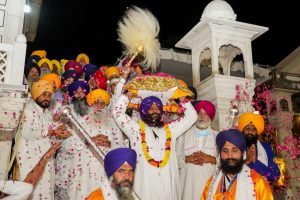 During an interaction with media persons after paying obeisance at Sri Darbar Sahib where the Chief Minister offered prayers to seek Waheguru’s blessings to serve the people of the state regardless of caste, colour, creed, and religion to create a harmonious society. He said, “Each and every religion and section of society in the state would be given due respect and the administration will be run according to religious ethics (Raj dharam anusaar chalega)”.

Pointing out further, S. Channi said that the ethos of love, brotherhood and harmony in the society would be maintained at every cost and will ever remain their top priority. 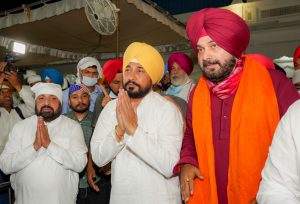 The Chief Minister thanked Waheguru for bestowing upon him the responsibility to serve the people of Punjab with sincerity, dedication and commitment to fulfill their aspirations. S. Channi said by the God’s grace he would leave no stone unturned to come up to the expectations of people adding he said that the implementation of pro-people welfare measures and development initiatives would be the top priority of the state government.

Earlier, the Chief Minister reached Sri Harmandir Sahib in the wee hours, where he walked the ‘Parikrama’ (path around the sanctum sanctorum) before offering prayers at Sri Darbar Sahib and Sri Akal Takht Sahib. He also performed the sewa of holy ‘Palki Sahib’ and listened to Gurbani Kirtan, took part in Ardas, offered Deg and Rumala Sahib, and listened to the Hukamnama. 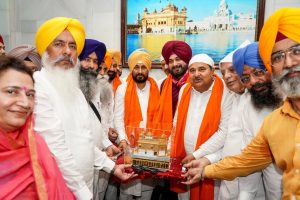 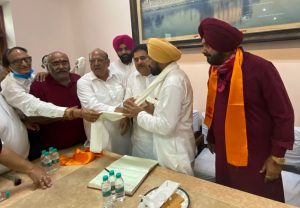 Later, the Chief Minister also offered prayers at Sri Durgiana Mandir and Bhagwan Valmiki Tirath Sthal, Ram Tirath in Amritsar, where he was honoured by the concerned management committees. He also visited the Jallianwala Bagh Memorial to pay glowing tributes to the martyrs.