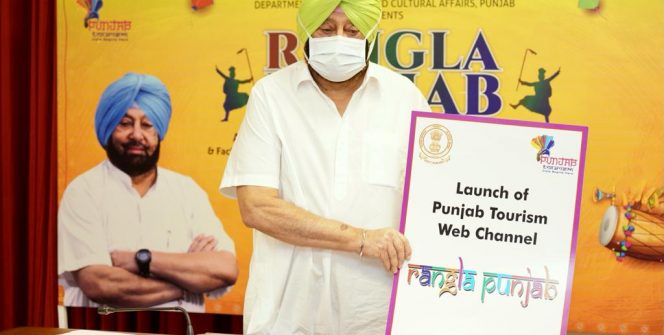 The Chief Minister said the channel would be instrumental in preserving and promoting the rich cultural legacy of Punjab and will offer enormous opportunities to budding artists to showcase their talent in singing, dancing, and other forms of performing Art and Culture.

Lauding the unique initiative of the Tourism & Cultural Affairs department to promote Punjab, Punjabi, and Punjabiat, the Chief Minister said that the Rangla Punjab channel would also open vistas for talented artists in Punjabi and Hindi film and Music industry, with the uploaded content likely to offer the fresh choice of talent to eminent producers and directors. He asked the youth who are well versed in the new trends of vocal and instrumental music to also go for singing legendary folklores like Heer-Ranjha, Sohni-Mahiwal, and Sassi-Punnu, which are integral to Punjab’s rich cultural heritage.

The Chief Minister hoped that Punjabi youth settled in Canada, the USA, and Australia would also join this platform to exhibit their talent. Though foreigners in countries like Germany do understand Punjabi yet they are enthralled by the lively Punjabi music and songs due to the scintillating melodies and beat, he added. 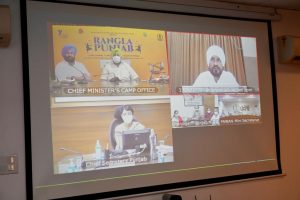 Earlier, welcoming the Chief Minister, Tourism & Cultural Affairs Minister Charanjit Singh Channi said that this unique concept to connect Punjab’s youth with their roots would motivate them to exhibit the best of their talent. He said initially only singing and dancing videos would be uploaded, which would be thoroughly screened by an expert committee of the members from the Punjab Arts Council before sharing on the web channel. Later on, competitions amongst the selected performers in different genres would also be held to encourage the youth as a part of the talent hunt program, he said.

Channi also briefed the Chief Minister about the launch of online registration under the Bed & Breakfast/Homestay scheme-2021, which would go a long way in promoting rural tourism in the state, besides giving an opportunity to the citizens to earn a livelihood by renting out their residential accommodations.