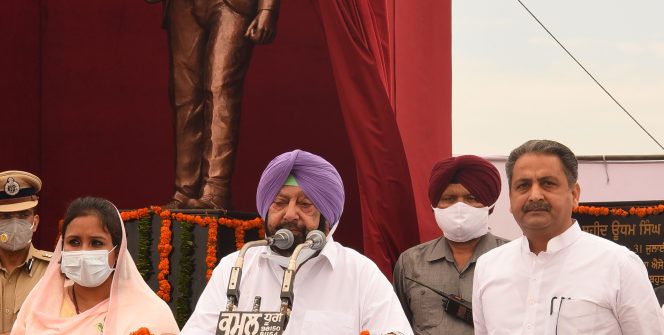 Sunam Udham Singh Wala (Sangrur), July 31: Punjab Chief Minister Captain Amarinder Singh on Saturday announced that his government would soon construct a memorial as a befitting tribute to the countless unsung heroes who laid down their lives especially in the Cellular Jail of Andaman during the national freedom struggle. The upcoming memorial would be exclusively dedicated to the sons of soil, who had undergone rigorous punishment which was infamously known as ‘Kalepani’.

In his address after dedicating the Shaheed Udham Singh Memorial to the people during a state-level function here, the Chief Minister said that a lot of research has already been undertaken by eminent historians and scholars to identify such patriots and freedom fighters especially those hailing from Punjab, who had made enormous contribution in the country’s independence movement. 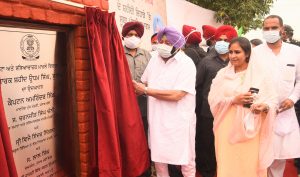 Recalling his visit to Cellular Jail in Andaman Island post the Tsunami during his last tenure that left the region devastated, the Chief Minister said that he was astonished at the fact that he didn’t know even a single name etched on the walls there adding that these martyrs had died unknown in the ‘Kalepani’ leaving behind no memories, he said. “It is now our bounden duty to give due respect and recognition to their sacrifices made for the motherland”, said the Chief Minister.

Notably, the state-of-the-art memorial including a life-sized copper statue of Shaheed Udham Singh along with four stones placed each on both sides with his brief life history and heroic deeds engraved in Punjabi and English and a museum displaying relics, rare pictures, documents besides an urn containing ashes of the great martyr has been constructed with the total cost of Rs.6.40 crore. Of which Rs.3.40 crore has been spent as land cost and the remaining Rs.3 crore on its construction.

While paying floral tributes to the great revolutionary on his 82nd martyrdom day, the Chief Minister said that the supreme sacrifice made by the great martyr would ever inspire our younger generations to imbibe the spirit of nationalism and patriotism. He also appealed 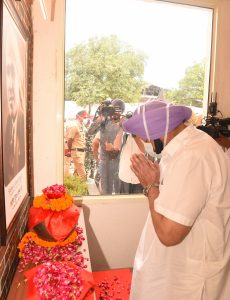 to the local leadership for proper upkeep of this memorial as he has often noticed that after some time such places of great reverence got neglected, which should never happen.