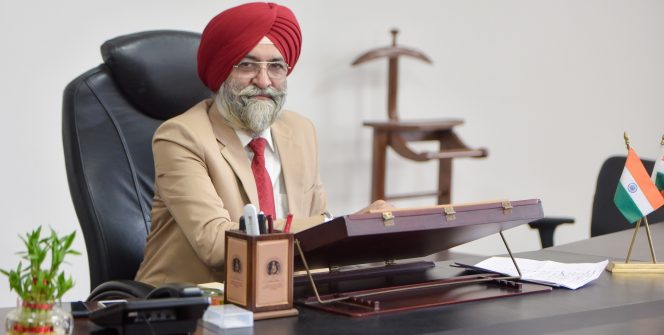 In a press statement issued here on Wednesday, Prof. Sidhu said, “Maharaja Ranjit Singh, also known as Sher-e-Punjab, is hailed and respected as one of the bravest warrior kings of the World. It is deplorable to see the statue of Maharaja Ranjit Singh attacked in Pakistan. Not just Indians, Pakistanis are also angry at Maharaja Ranjit Singh statue vandalism. The Pakistan Government should ensure proper protection of the great king’s monument,” he added.

It may be mentioned here that the statue of Sikh ruler Maharaja Ranjit Singh was vandalised in Lahore Tuesday by extremist outfits. This was the third attempt of vandalising the statue since its unveiling in 2019 at the Lahore Fort, Mai Jindan Haveli, on Ranjit Singh’s 180th death anniversary.

Prof. Sidhu called the ruler a great unifier, as he  was the most  secular king and followed the Sikh path. “His policies were based on respect for all communities, Hindu, Sikh and Muslim. He is also known as the Sher-e-Punjab (Lion of Punjab) for his bravery and is respected as one of the most revered heroes in Indian history, “he said .

Under his tenure, the Sikh Empire was very secular since it allowed men from different religions as well, to rise to commanding positions of authority.     Hindus, Muslims and Europeans  and people of all creeds and castes served his army, while the composition in his government also reflected a religious diversity. His army also included Polish, Russian, Spanish, Prussian and French officers.

MRSPTU Registrar, Dr. Gurinder Pal Singh Brar also called Ranjit Singh ‘the great unifier ’, adding that the incident must be strongly condemned. “This act which attempts to erase the shared history of the subcontinent shows how extremist ideologies feel emboldened ,” he said.

He said that the incident shows that anti-national forces are steadfast in their mission to spread intolerance & unrest, and wipe off our shared past. This must be condemned in the harshest words. The University faculty also condemned the unfortunate incident.

MRSPTU, named after the great warrior, will soon start a short term mandatory course on the life and philosophy of Maharaja Ranjt Singh to acquaint the students with the great king , Dr. Brar  added.

Moto Edge X30 launch soon: Specs, features, India price, and all that we know so far