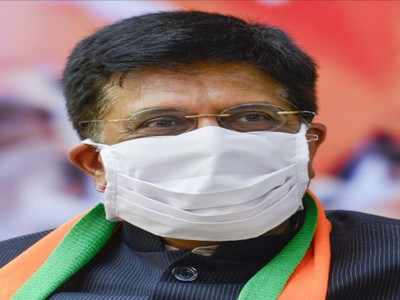 Minister Goyal said that the “whole of the Government approach” is needed rather than stand-alone departmental storage plans. He said for this land aggregation for storage from States, Government Undertakings may be explored. Piyush Goyal further advised all to have more synergy between the effective utilization of the Agriculture Infrastructure Fund and the creation of modern storage infrastructure. He further added Location-specific master plans and schemes and environments should be created for boosting Public-private partnerships, Investments, initiatives, enterprises. He said a master plan for land and storage should be prepared so that optimization of space and use may be achieved. He said that the modern, cost-efficient storage infrastructure at the grassroots level and at the block level is a great way to increase farmers’ income.

In India, warehouses are spread over different undertakings and authorities at 20,433 locations. They Include Railway Goodsheds-7400, PMC Principal & sub-market yard- 7320, Fci-545, CWC-422, SWC’s 2245, NSC, NAFED, NCCF-73, CONCOR-60+, cooperatives- 2000+, Warehouses with State Govt. HAFED-100+, Highway Logistics Park (under process) -35, Inland Waterways Complex-8, Ports-200+ Airports(cargo)-25, where warehousing infrastructure of required type & size can be developed, upgraded, or modified converted for safe storage of essential commodities. He informed that EOI has been called for the development of a Cold chain facility for perishable commodities, including onions through a Private Entity. It may be noted that CWC/SWCs are having a presence at about 2668 locations, in Tier-I to Tier-V cities. These are most suitable for the development of warehouses, in consumption as well as production area, being in prime area & outskirt of the cities.

Yoga programmes organised at 75 heritage locations across India with the theme ‘Yoga, An Indian Heritage’ on International Day of Yoga today