Instead of summoning, Narco test of Parkash Singh Badal be done for completion of probe: Kultar Singh Sandhwan 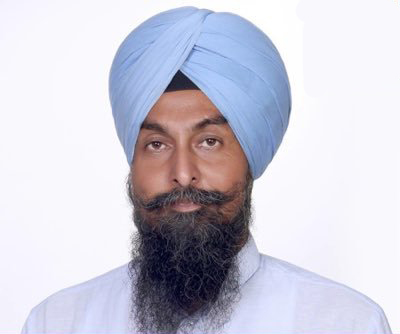 Chandigarh, June 14 – The Aam Aadmi Party (AAP) MLA and Kisan Wing state president Kultar Singh Sandhwan termed the politics going over the desecration of Sri Guru Granth Sahib in the state as reprehensible. Sandhwan said that the ruling Congress government was rubbing salt into the wounds of the families of the victims of the Behbal Kalan and Kotkapura cases by only doing a drama of setting new investigation teams to save the Badals and not giving justice to the people of Punjab and the Sangat. In a statement issued from the party headquarters here on Monday, Kultar Singh Sandhwan said that for the last five years, politics was going on in the matter pertaining to sacrilege of Sri Guru Granth Sahib and the firing case.

Taking a dig, Sandhwan said that former Punjab Chief Minister Parkash Singh Badal used to say that he can also see an ant walking by; but only for the sake of votes, the Badals saved the accused involved in the sacrilege case. “They saved the culprits, set up unidentified police, and let firing done on the Sikhs seeking justice for the desecration of the Guru. Not only this, later they erased the evidence and lodged FIRs against innocents,” added Sandhwan. He said that five inquiry commissions had been constituted, including 2 commissions and 3 special investigating teams (SITs), which could not achieve the desired purpose of its set up.

Sandhwan said that the new SIT had again summoned Parkash Singh Badal, who however was called earlier also by the previous SITs. He said that it was nothing but Captain government’s tactics of dramatizing the whole process of investigation to save the culprits. “Instead of all this, the Narco test of Parkash Singh Badal should be done so that the investigation process is done completely, once and for all. Else, as the previous Badal government had done, similarly Captain Amarinder Singh is doing politics on the issue,” he added. He said that the Captain Amarinder Singh-led Congress government had come to power by taking an oath of Sri Gutka Sahib that after the formation of the government, the accused would be put behind bars; but in four and half years, Captain had not taken action and put a single accused and conspirator in jail.

The AAP leader said that the only thing that had been done was to form committees of investigation. Accusing Captain Amarinder Singh and the Badals to be in collusion, Sandhwan said that Captain’s affinity with the Badals was still intact and the whole process of formation of committees was an attempt to save the Badals from legal trouble. He said that politics on sacrilege of Sri Guru Granth Sahib should not be done and justice should be given to the families of the victims of the Behbal Kalan and Kotkapura firing case along with the entire Sikh Sangat. “It had happened in Punjab, which is reprehensible and the stigma needs to be removed,” added Sandhwan. He said that on formation of the AAP government, the culprits of desecration and those who rescued the accused will be put behind bars.