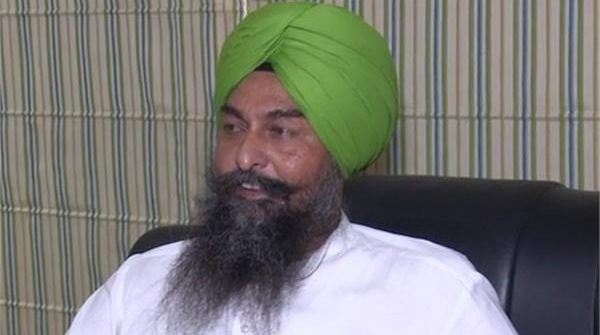 Chandigarh, May 1 – Roads are being constructed in Punjab under the Bharatmala Project by the Central government for the construction of expressways and national highways. The Aam Aadmi Party (AAP) apprised the government about the problems faced by the farmers related to the project and sought to resolve it. In a statement issued from the party headquarters here on Saturday, senior AAP leader and Kisan Wing state president Kultar Singh Sandhwan demanded from the government that the compensation for land taken from farmers for national highways should be compensated according to the market rate instead of collector rate.

He said that recently Captain Amarinder Singh’s house was gheraoed by farmers aggrieved by the acquisition of land at low rates. The farmers had said that they were not being given the right price for the land authorised for the Delhi-Katra Expressway. Keeping the demands of the farmers ahead, Sandhwan said that service roads should be provided wherever roads were being built. “In addition, the condition of ‘NOC’ for the farmers whose land is being acquired for highway construction, to do any work on the land along the road, should be abolished,” he added.

Pointing out the possible damage to the crops of the farmers, Sandhwan said that due to height of the road, with lack of proper drainage of water during the rainy days; the surrounding crops may get spoiled. “Therefore, better management of drainage should be done on both sides of the highway,” he added. The AAP leader further said that arrangements should also be made to ensure that water does not accumulate on the roadside and at least one member of the family of farmers whose land was being acquired should be given a government job.