Captain government’s new SIT, only a betrayal with sentiments of people, it’s steering in hands of Badals: Bhagwant Mann 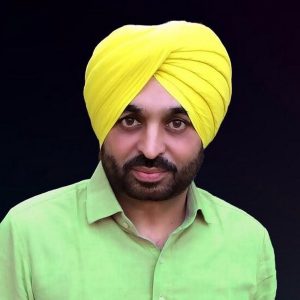 Chandigarh, May 8 – The Aam Aadmi Party (AAP) Punjab president and MP Bhagwant Mann said that Captain Amarinder Singh-led state government on Friday formed a three-member Special Investigation Team (SIT), which was just to mislead and cheat the public. In a statement issued from the party headquarters here on Saturday, Bhagwant Mann said that this was only a betrayal of the sentiments of the people of Punjab because if Captain Amarinder Singh’s government was serious about this matter, they would have appealed against the quashing of the SIT probe reports to the double bench of the High Court, long ago. “The Captain government’s steering is in the hands of the Badals and Captain Amarinder is just trying to save the Badal family and his chair,” he added.

Mann said that it was worth mentioning that as per the order of the Punjab and Haryana High Court, the Captain government formed a three-member SIT on Friday (May 7), in which senior IPS officers have been included. He said that as per the court’s order, the SIT had been directed to complete the investigation of the Kotkapura firing incident on a primary basis in six months. “What is the pressure due to which they are failing to catch the culprits and repeatedly forming new teams for investigation. Why did Captain not defend Kunwar Vijay Pratap’s investigation report?” said Mann.

Taking a dig at Captain Amarinder Singh, Mann said that if Captain was willing to investigate this matter transparently, then why did he not challenge the high court’s judgment with the double bench right away. “He was only trying to save the accused,” added Mann. He said that the Captain government was trying to save the accused in this case which had been going on since 2015 and was deliberately dragging it for long. “So far, two commissions, three SITs, and the purpose of creating a new SIT after CBI investigation, in this case, is just to prolong the matter further,” he added. Mann said that if Captain had been in true service to the people of Punjab, he would have taken stern action, the very next day of the matter. “Had it not been for the greed of the chair, Congress leaders would have given their resignations till now,” said Maan. He said that the Congress was busy infighting for power and Captain Amarinder Singh was just and only in the greed of his chair, for which they were betraying the innocent people of Punjab.