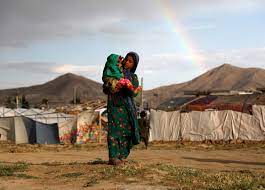 The Taliban declared the war in Afghanistan was over after the terror group took control of the presidential palace in Kabul. Nations scrambled to evacuate their citizens from Kabul today.

Meanwhile, President Ashraf Ghani fled the country on Sunday as Taliban entered the city, saying he wanted to avoid bloodshed. Hundreds of Afghans desperate to leave the country flooded the Kabul airport.

“Today is a great day for the Afghan people and the mujahideen. They have witnessed the fruits of their efforts and their sacrifices for 20 years,” Mohammad Naeem, the spokesman for the Taliban’s political office, told Al Jazeera TV.

“Thanks to God, the war is over in the country,” he added.

Taliban seized control of the country in just over a week after lightning sweep that ended in Kabul as Afghan forces melted away.

Moto Edge X30 launch soon: Specs, features, India price, and all that we know so far